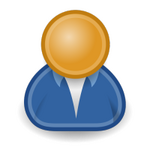 What to do? Edit

Hi, just thought i'd drop you a line to say that i was passing by and liked the look of this project, and so will contribute to it. How do things work around here?

I've been mulling over some new design for the main page and have come up with the following proposed, please have a look and let me know what you think. Any main page has to be approved by you with you being the only active sysop. Also, i know that you are searching for a new logo, what about this: http://commons.wikimedia.org/wiki/Image:SemiPD-icon.svg. Let me know what you think.

Hi again, what is our policy on taking text off of wikia. I noticed the templates for taking text from wikipedia, would a seperate attribution template need to be made up?

If we could i'd like to import the tutorial from wikia. I'd like to build up this section of the wiki. The tutorial, if imoported, would be altered slightly to make it realte to this wiki but remain largely unchanged. The pages i would like to use are:
I know that sorting out the tutorial doesn't seem like a priority but i think that the wiki would be more approachable to new members with the system pages up and running smoothly and elegantly and so i will be concentrating on these for a short while.

Thanks, that ahs been a great help.

Hi, I'm a bureaucrat at the Programmer's Wiki and soon to be cooperating with the Software Wiki. We (the Programmer's Wiki) would like to cooperate with you as well, insofar as our topics rub against each other. Please see w:Project:Interwiki_Integration for our current strategies.

On another note, the Software Wiki aims to address all software, including the open-source sector. Given that you have considerable overlap with them, do you have any specific reason that it would not be worthwhile to develop such articles on that wiki? Like software, content should only be duplicated for a specific reason (which is why we have wikis in the first place, really).

This wiki is orphaned and it makes sense to merge it into Software Wikia. Maybe a Portal:Free and Open Source Software could be created. Same applies to the German FOSS Wikia which could be merged into de.software.wikia. Yours Matthias 17:53, June 15, 2010 (UTC)

Oh, ha. Then the only thing left to discuss is Interwiki Integration. Matthias, are you interested in promoting traffic between the wikis? (I don't think it would be appropriate to redirect this domain to Software because you cover Open Source communites.) --Jesdisciple (talk) 21:03, June 15, 2010 (UTC)

Sorry, the interwiki link to German FOSS Wikia was broken.

Aha. Well I don't know German but I can use Google's translator if you need me to. See here (or the German equivalent) for the process that you need to undertake.

Rofl. I told you to go read your own book.

I suggest that you post something on the maing page informing users of the more general wiki and maybe the issue of merging them. --Jesdisciple (talk) 15:02, June 17, 2010 (UTC)

Also, since you apparently like the ide of Interwiki Integration (seeing as you signed up), do you have any suggestions at all for it, especially regarding "membership" procedures? (The "Prospective" thing is really just to show existing members who needs help with their pages.) --Jesdisciple (talk) 03:48, June 17, 2010 (UTC)

Maybe you could create a template like those in http://community.wikia.com/wiki/Category:Footers and put it on the main pages. Matthias 14:39, June 17, 2010 (UTC)

Hi, just wondering how the merger with the Software Wiki is coming. I know Ose got the content, but are you working on redirecting this subdomain to w:c:software? --Jesdisciple (talk) 05:57, June 21, 2010 (UTC)

I contacted Wikia support and suggested to redirect this Wiki to http://software.wikia.com/wiki/Portal:Open_source_software yours Matthias 17:25, June 21, 2010 (UTC)

Wikia support did some random content check and found that some articles like http://software.wikia.com/wiki/Tiling_window_manager have not been transferred. Also the open source wiki attracts more visitors, so they won't close it. Matthias 09:00, June 22, 2010 (UTC)

Woops, I didn't quite get everyone that's listed on there; I was planning to go through the categories other than Programming and Web Development but hadn't got to it yet. It would still be a good idea, though...

In case you are interested, I would like to have a partner on the whole networking deal. I burn out pretty fast on one-man operations. --Jesdisciple (talk) 02:24, July 2, 2010 (UTC)

Hm, that's a more aggressive approach than mine, but it might also be more effective; no one has gotten mad yet, and, if I understand correctly, that should increase everyone's Google ranking.

But on the topic of the logo displayed in the footer, do you have any objection to networking with non-Wikia wikis? If not, the footer really shouldn't have the Wikia brand on it. (And I've been exploring some non-Wikia neighbors we have which I would like to include in this effort; in particular, see w:c:iverilog:User_talk:Caryr).

Regardless, many thanks for the help! Now I'm curious what you think we should undertake next. I suppose the wikis that have active communities are more beneficial to the network as a whole, so I'm guessing we should persuade their members to link to their neighbors from within content and generally implement Interwiki Integration (yes, that is my soapbox). --Jesdisciple (talk) 02:18, July 3, 2010 (UTC)

Most wikis where inactive so no one could be asked to place the footer there. If an admin disagrees his wiki can be removed from the footer any time. You can use w:Template:Computerfooter/base if you like the non-branded version. Matthias 09:46, July 3, 2010 (UTC)

As you can see at the link I made above, I previously thought the Icarus Verilog wiki was very opposed to the network - so I panicked for just a second when I saw you had added the footer to its main page, but then I read the rest of the conversation I linked to. I think there were other active ones in there but I'm not sure.

Re the logo: I don't mean just that the logo should be absent on the "foreign" wikis but that it seems inappropriate beside links to them. (Plus I kind of like having the computer on there.)

But do you have any ideas for what goals to set, or should the network be allowed to grow organically from this point forward? --Jesdisciple (talk) 12:43, July 3, 2010 (UTC)

I have to admit I did not like the Computers Wiki Logo and therefore replaced it with a general Wikia logo. Also the Computer Wiki Logo is already the Computer Wiki Logo so it might be misleading to put it on every computer technology related Wikia. I am just bold as it's a wiki. If one does not like the footer at all, he can remove it any time at a mouse-click. I don't plan to do any other networking and I also have no further ideas. Matthias 13:56, July 3, 2010 (UTC)

Hm, see commons:Computer for some other options, particularly the first three on the second row. (The third is what Marz2 derived the Computer Wiki logo from.) I kind of like the second, because it looks more modern-ish.

Re the network: Bummer, but I can't blame you; I can't think of any exciting reasons to do it. But every time I come back to wikis, I end up adding to my previous efforts because I'm frustrated by the lack of fellow contributors to discuss things with. And every time I burn out because there's still very little activity. --Jesdisciple (talk) 14:17, July 3, 2010 (UTC)

I have plans for this wiki:

Please go to w:Community Central:Adoption requests as I do not have the sufficient rights. Matthias 08:30, August 16, 2010 (UTC)

Retrieved from "https://opensource.fandom.com/wiki/User_talk:MatthiasM?oldid=4301"
Community content is available under CC-BY-SA unless otherwise noted.